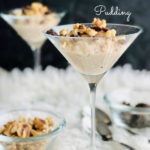 This easy, healthier cinnamon rice pudding (vegan) is thick, perfectly spiced, naturally gluten-free and surprisingly plant-based! It uses maple syrup as a sweetener, non-dairy milk to make it creamy, and cinnamon, nutmeg and vanilla to take it to the next level! Who said rice pudding had to be boring? 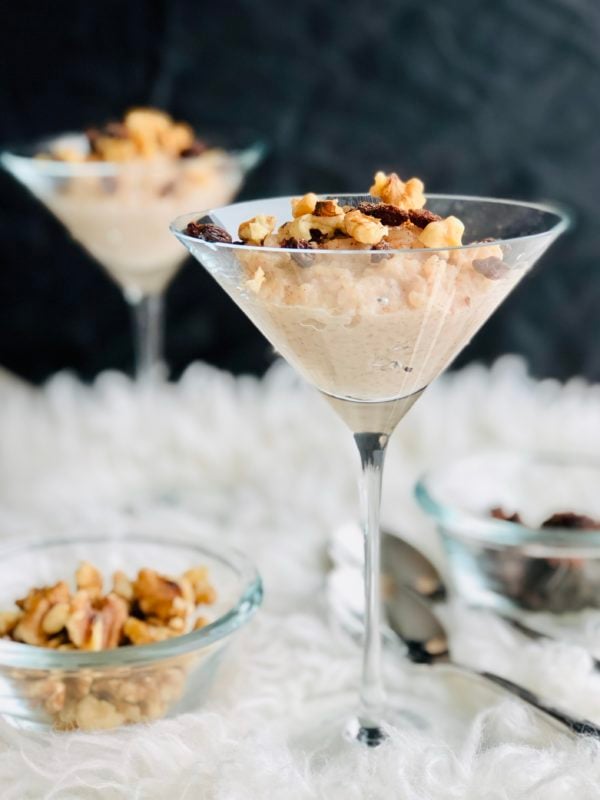 Hi there, I wanted to introduce myself. I am Allison Leigh from Purely Ally and am a new contributor at Recipes Worth Repeating. I happily live a plant-based lifestyle, and post my kitchen creations which are always free of meat, fish, dairy, and eggs. Many are naturally gluten-free as well! I try to stay on the healthy side, but do sometimes post dessert recipes which use sugar. You will find that I stay away from most processed foods and choose maple syrup and coconut sugar where possible! I also write interesting posts about travel, lifestyle, restaurants, food products, health and the environment as they relate to the plant-based life.

One of the things I love about this cinnamon rice pudding (vegan) recipe is that the ingredients are so simple. I had everything in the pantry already, and made a delicious dessert which we enjoyed without having to leave the house! 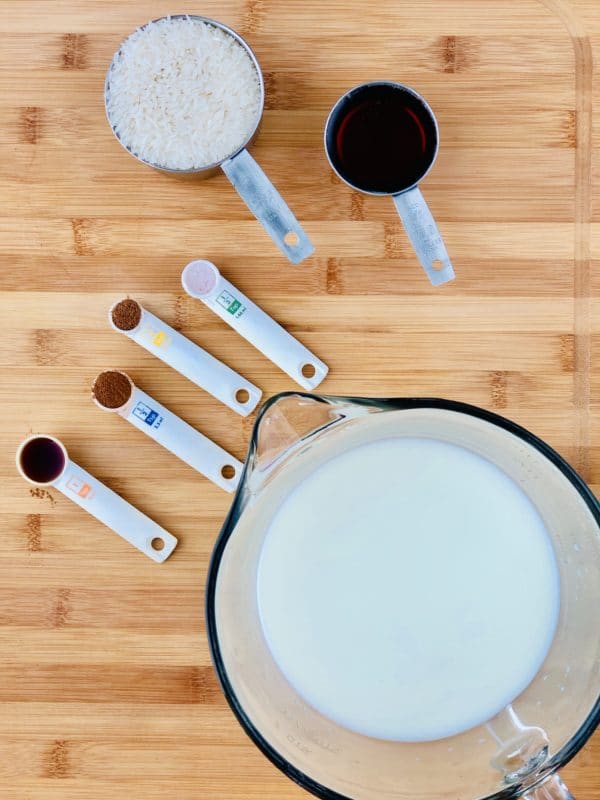 Cooking rice pudding is soooo incredibly simple! Once you have the ingredients measured, you put everything except the vanilla into a large pot. Heat your stove to medium-high until the mixture boils, then reduce the temperature to low. This rice pudding needs to simmer uncovered for approximately 40-45 minutes, so you can get some other chores done while you wait for it to finish cooking.

Don't forget to stir it occasionally!

At about the 40 minute mark, see how thick it is and how much longer you want it to cook. If there is a lot of liquid left, you can let it cook for another 5 minutes. If it is already thick enough, remove it from the heat.

Stir in the vanilla, then place the warm pudding into bowls or pretty serving glasses. I prefer to place mine into martini glasses as I think it looks so pretty! Then you can put your pudding into the fridge to cool and thicken further.

I like to refrigerate mine for at least 6 hours. You can top it with many different things, such as fruit or chocolate, but I prefer to top mine with walnuts and raisins! The walnuts add a pleasing crunch to the thick and soft rice pudding, while the raisins add a sweet and chewy texture which really heightens the whole dessert experience!

Try some of my favourites below:

If you make this Vegan Cinnamon Rice Pudding don’t forget to rate it and let me know how it went in the comments below! 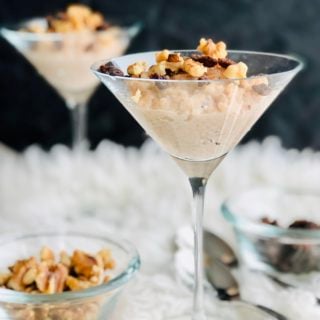 This healthier, vegan version of the classic rice pudding is so creamy and delicious! It is made with both coconut and rice milk, and uses unrefined maple syrup as the sweetener. The right combination of cinnamon, nutmeg and vanilla satisfies the soul! It is naturally gluten-free.
4.5 from 2 votes
Print Pin Rate
Course: Dessert
Cuisine: American
Prep Time: 5 minutes
Cook Time: 40 minutes
6 minutes
Total Time: 45 minutes
Servings: 8
Calories: 189kcal

NOTE: You will find affiliate links on this page.

Ally is the author of Purely Ally, https://purelyally.com/, which is a food blog focusing on healthy, plant-based vegan eating.

Hi, I'm Amanda! Welcome to my little corner of the internet. I'm a wife, mother of two, lover of all things food and wine, and photographer. Here at Recipes Worth Repeating, you're going to find the most delicious and easy to make recipes everyone will love.