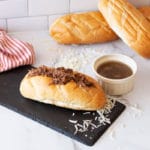 French dip sandwiches paired with a mouthwatering Au Jus! These Crockpot French Dip Sandwiches are slow cooked and produce a tender and flavorful beef. By using chuck roast, you’ll get a delicious, full of flavor sandwich every time. 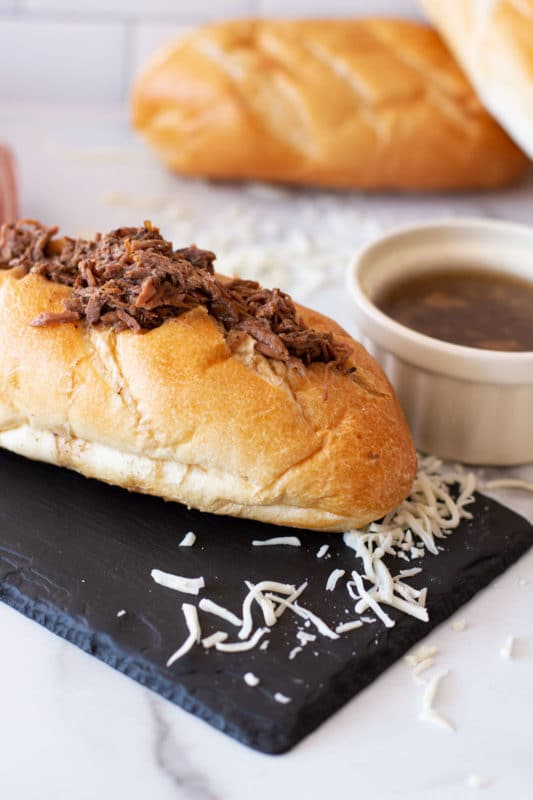 I am a lover of all kinds of sandwiches, but a hearty French Dip Sandwich holds a special place in my heart. Comfort food at its finest, these sandwiches are a family favorite. Warm and comforting french dip sandwiches are easy to make because the crockpot does all the hard work. By slow cooking the chuck roast, you’ll get the most tender, fall apart beef that’s perfect for making sandwiches. These make for the perfect easy dinner recipe and are also great the next day for lunches.

What Are French Dip Sandwiches?

But it’s so much more than that!

It’s a hot sandwich made with incredibly tender roast beef that is stuffed into a crusty piece of french bread then dipped into a mouthwatering Au Jus. The Au Jus soaks into the french roll and makes for an amazing moist sandwich. 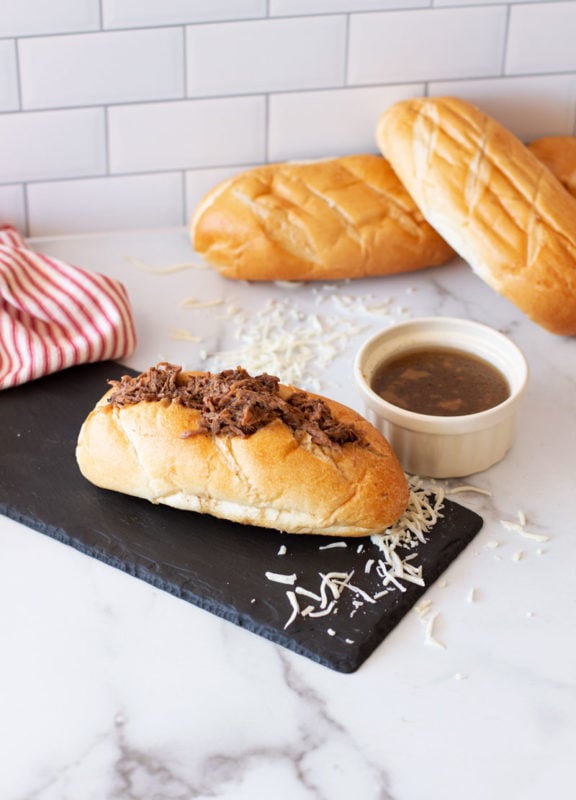 Where The French Dip Sandwich Was Invented

There’s a lot of mystery around the origin of the French Dip Sandwich. It involves two restaurants based in Southern California where both owners claim to be the inventor of this delicious sandwich. Here’s the first claim. In 1918, restaurant owner Philippe Mathieu was making a sandwich for a police officer. He accidentally dropped a sliced french roll in a pan filled with the roasting juices (au jus). The police officer didn’t mind and told Philippe that he’d take the sandwich anyway. The next day the police officer returned with his friends and asked Philippe to make more dipped sandwiches.

The second claim involves Cole’s Pacific Electric Buffet. Henry Cole, who is the owner of the restaurant, claims the sandwich was first made when a customer who had recently had dental work done complained that the bread was too hard for him to chew. So Henry Cole had his chef dipped the french bread in the juices from the roasting pan in order to make it softer.

Voilà – the French Dip Sandwich was invented. Regardless of which claim is true, it resulted in one of the best hot sandwiches. And it’s absolutely a recipe worth repeating.

Only 5 simple ingredients are needed for this recipe: 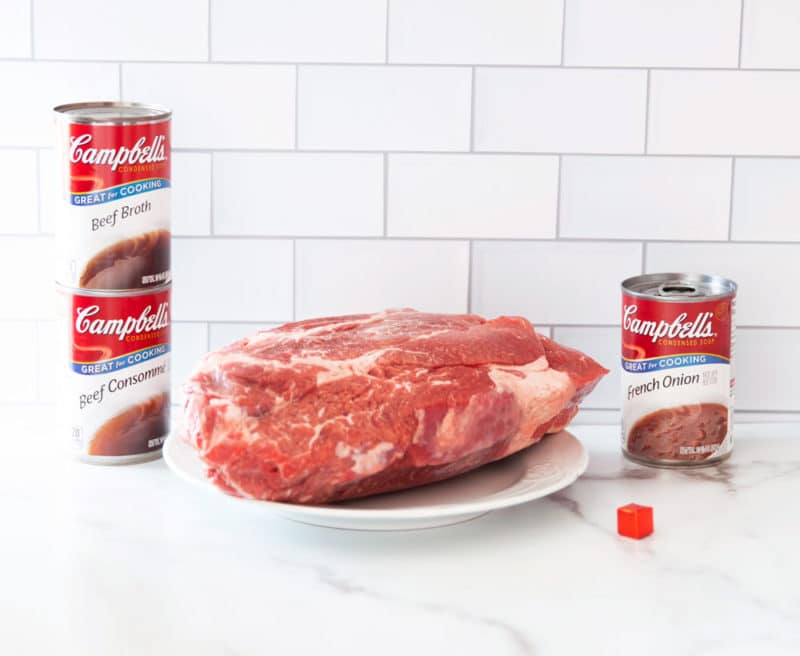 How To Make A Crockpot Version of the French Dip Sandwich

These steps are so simple and should only take 5 minutes to throw together. 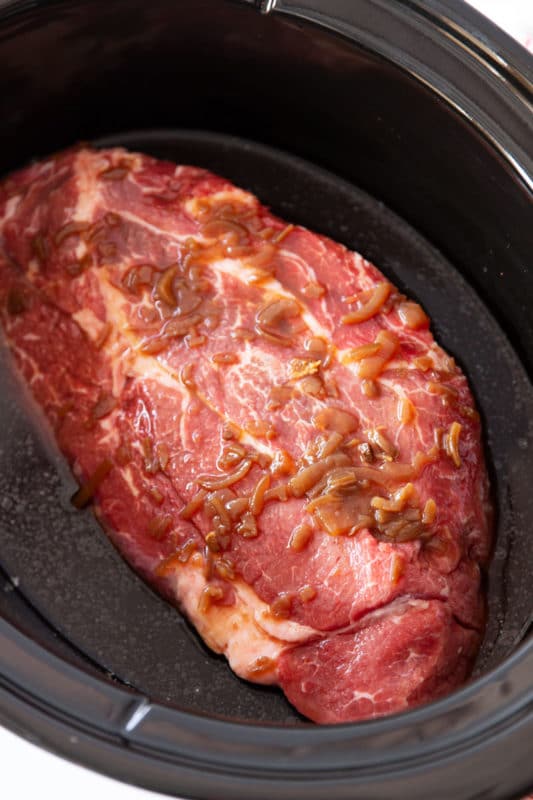 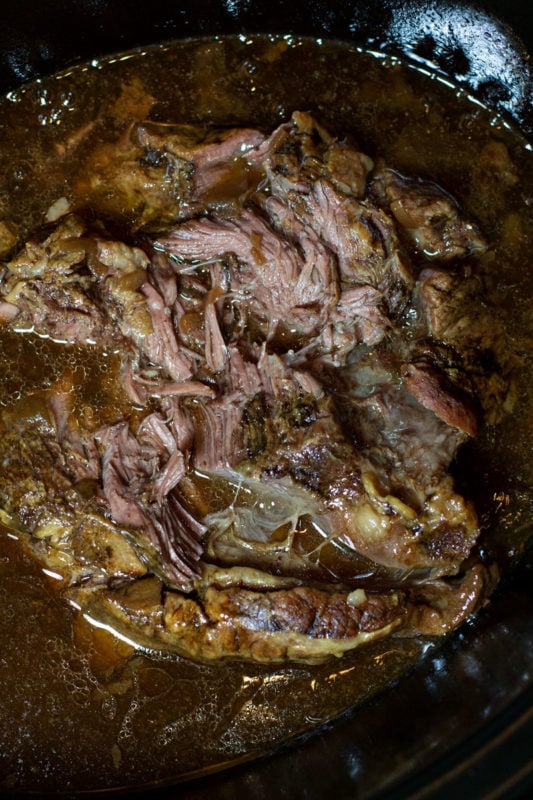 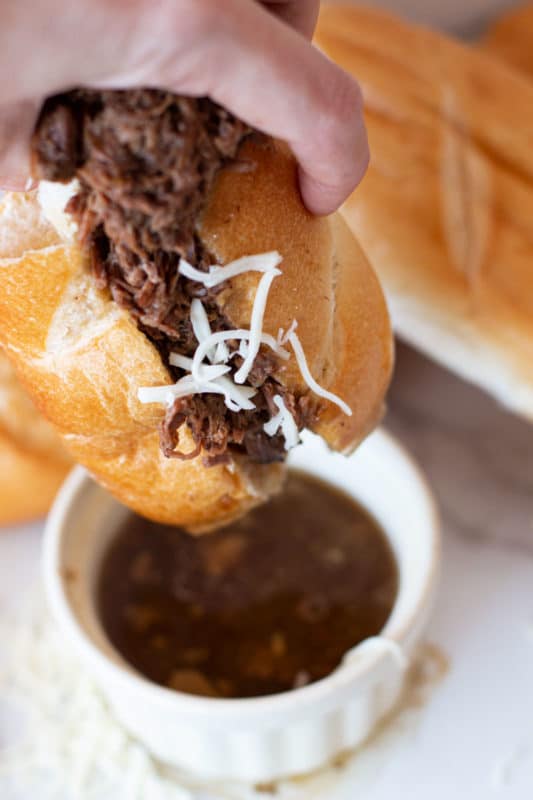 Can French Dip Sandwiches Have Cheese?

Absolutely! And I highly recommend it! Sprinkle on shredded mozzarella cheese or a slice of Provolone cheese. If you want to add a bit of spice, use pepper jack cheese. Simply add the cheese on top of the sandwich and place it in the oven or toaster oven until the cheese has slightly melted.

Can You Freeze French Dip Sandwiches?

Yes. After cooking the beef and shredding the beef, let it completely cool. From there, place the shredded beef in a gallon size Ziplock bag and place flat in the freezer. Don’t let the au jus go to waste! It can be frozen, as well. Grab a freezer safe container or a smaller Ziplock baggie and pour in the cooled juice. Both the meat and juice will stay good in the freezer for 3-4 months. When you’re ready to pull these out of the freezer to eat, let the beef and au jus thaw in the refrigerator. Once thawed, toss the meat and juice back into the crockpot and heat them on low for 1-2 hours. Or if you’re in a hurry, you can microwave both the meat and juice.

What Other Cuts Of Meat Can I Use?

The following are some other meat alternatives you can use:

What Goes With French Dip Sandwiches

These are the perfect pairings for these full-flavoured sandwiches: 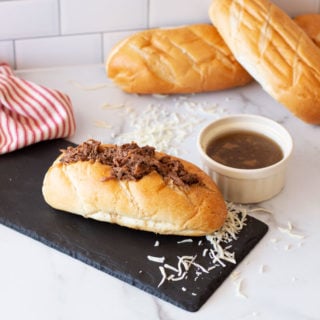 This post appeared first on Recipes Worth Repeating. It was originally published in May of 2015, but was republished with new photos, step-by-step instructions, and tips in January of 2020. 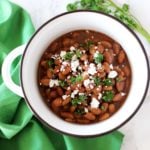 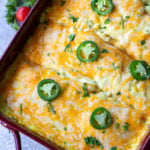 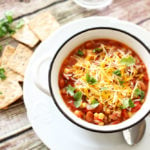 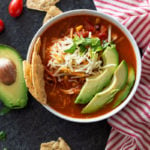 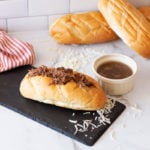 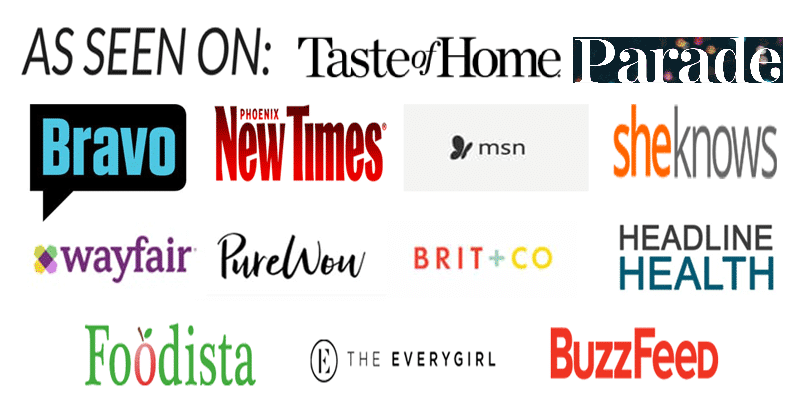